GETTING BACK ON TRACK 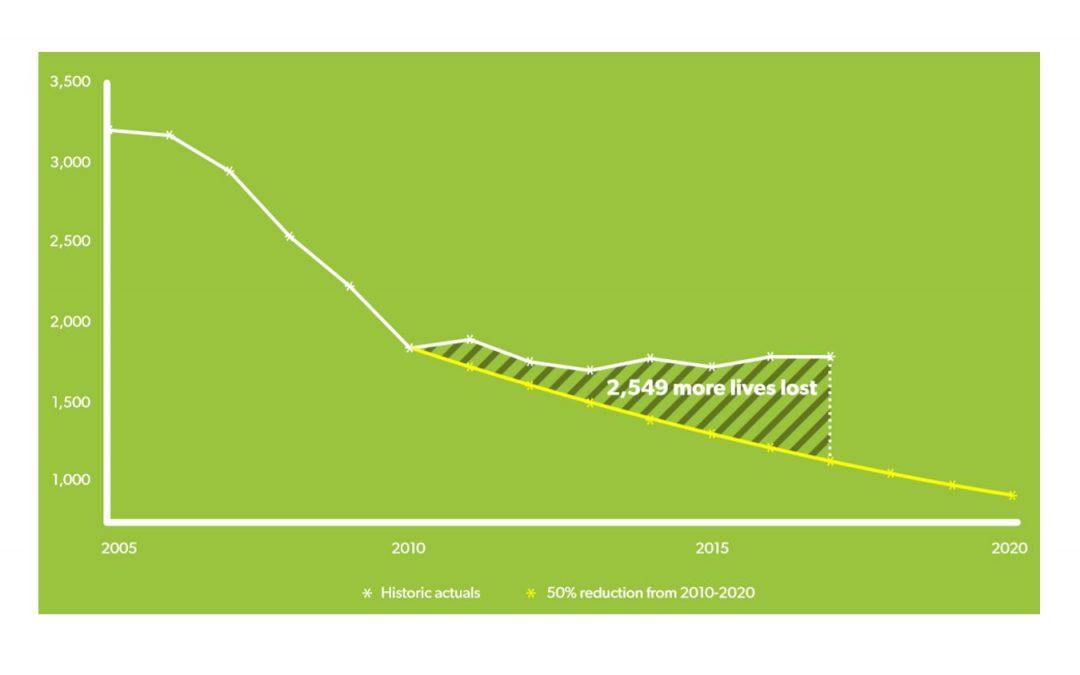 GETTING BACK ON TRACK

The highest annual number of road deaths since 2011 were recorded on Great Britain’s roads in 2017. After decades of trauma reduction, we have reached a plateau. In effect, a decade has been lost. 2,549 people have not returned to their families so far because we are not on track to halve our road deaths this decade. It is time to break that plateau and get back on track.

Road traffic crashes had an estimated societal cost of £35 billion in 2017. This equates to more than we spend every year on GP services and primary schools in combination. Breaking the trend and halving road deaths each decade would mean an end to the pain, grief and suffering caused by road crashes by 2050. It would also make good economic sense – saving society billions of pounds every year and reducing the strain on our health service and social care systems.

More than half of all Britain’s road deaths are concentrated on around 10% of the road network – the motorways and ‘A’ roads outside urban cores. This annual report maps and analyses the risk of death and serious injury on this network where so much loss of life and economic cost is concentrated.

The highest risk road is the A254 in Kent, and the most significantly improved road in this survey is a stretch of the A161 in Yorkshire. Overall, the 10 most improved roads realised a 69% reduction in deaths and serious injuries. The annual value of preventing these crashes was £12 million in 2015 values.

Road safety engineering treatments are highly effective and the impact of countermeasures is well documented. The recent results from the Safer Roads Fund show that road rehabilitation packages can compete with major transport projects. The £100 million investment made through the Safer Roads Fund is projected to prevent 1,450 fatal and serious injuries, with a value of prevention of £550 million and a benefit cost ratio of 4.4.

This year’s report identifies 40 persistently high risk routes. These are the highest priority routes for systematic and proactive road safety treatment. Trauma savings can be expected to be at least as high as those already seen through the Safer Roads Fund, with 1,100 fatal and serious injuries to be prevented during the next two decades with a £75 million investment. A further 3,991 km of roads remain either medium-high or high risk. A five-year £375 million investment to address these would make a serious contribution to Getting Back on Track.

Released alongside the report are two practitioner tools: one an online risk map and the other a dashboard that allow interaction with the data used in the report.

Report: Getting Back on Track